Why I've decided to take it to the next level with Infogr.am

Yes, the big news is finally out! As of today, Visualoop is brought to you by Infogr.am! You can read the official announcement here, and it’s all pretty straight forward – and pretty overwhelming, I must confess. Because Visualoop has been such an enjoyable journey so far, that the perspective that it’s all just actually beginning it’s kind of breathtaking!

As for the reasons that led to the negotiations with Infogr.am, and ultimately the closing of the deal, they’re not that surprising – even besides the obvious fact that there’s just as much as one person can humanly do. I’ll briefly share those reasons with you:

Infrastructure, development and overall support – Thanks to Infogr.am, I now won’t have to worry about all questions other than editorial issues. This includes all the support in terms of website hosting and maintenance, graphic and web design, and so many other tasks that are time consuming and require different expertises.

Financial viability and new investments – Starting with this major upgrade to our websites, there are some projects on our minds that would never be considered if I was still on my own, alone. I can’t say much more, but it’s exciting to have a number of new possibilities and challenges ahead. Also, the idea of being able to dedicate myself full time to Visualoop was a distant dream in my head, so this has been quite the change for me, as you can imagine.

Networking and events – The possibility of attending some of the top events of the industry and meet in person many of the folks that I’ve been in touch online for the past years was too tempting.

More Visualoop – Like I said, there’s a point when you just know that you can’t go any further just by yourself. If Visualoop is to scale and grow into one of the top data visualization mediums, more people needed to be involved. This is the first step in that direction.

So, above all, this change is a new chapter, a turning point in a story that I started almost five years ago. But that’s really just how far my merit goes: Visualoop wouldn’t exist without the inspiring works from amazing designers and developers that we try to feature on a daily basis. It wouldn’t exist without the guest posts from students in the early stages of their learning, as it wouldn’t without the interviews with the professionals that keep pushing the boundaries of the field.

A big “Thank You” to all of you that have been following and supporting this journey, and I hope you enjoyed the ride so far.

Because it’s just the beginning.

Founder and Editor at Visualoop 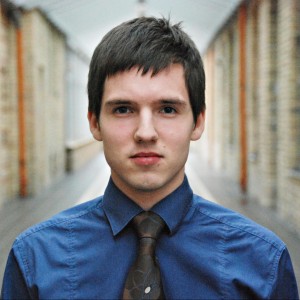