Journalists vs Infographic designers - I

The coexistence between these professionals can be hard and stressful...

Inside a newsroom, the intelligent dispute for editorial space can be the perfect environment for new ideas to grow and consolidate. Team editing can result in high quality work, both The New York Times and National Geographic are perfect examples of how the collaboration between professionals of different areas (not only journalists and information designers) can  make history.

(Gulf of Mexico: an infographic by the National Geographic, winner of the Peter Sullivan Award (Best of Show) at Malofiej 19. An example of team work in information design.)

An infographic is the result of collaborative and multidisciplinary work, which mixes calculation, analysis and criticism from the reporter, editor and logically the infographic designer.The interaction between these professionals allows a broader view on the same subject, the same way as a medical committee composed of experts who evaluate the procedures and decisions. We can use this analogy, since each infographic is unique in its design.

Within this scenario, a subject rarely discussed is the relationship between journalists and infographic designers. These relationships can be constructive and cooperative or unilateral and unproductive. No matter what, an infographic is a journalistic work that always instigates the debate. Works discussed amicably represent the ideal scenario, as the blue sky for the airplane pilot or the flat sea for the captain of a ship. Perfect weather and zero stress. However, this is not the rule.

In today’s infographic context, the production of a successful material demands initiative from both sides, something that often generates a lot of material and numerous approaches to the same journalistic piece. And that’s the perfect setting for each professional to defend their own point of view, many times in an irreducible fashion.

Years ago, the responsibility of an infographic designer was, basically, to “ wrap” graphs, tables or “pseudo-infographics”. This form of work put the journalist in the comfortable position of the author and unique owner of information, as a ‘guru’ who had the final word on what was being published, and any opposing position was easily rejected.

But the years passed by, the concept of infographic evolved (it’s still evolving) and so did information designers with it. The need to understand and contribute more effectively to the news turned graphics experts in “Infographic journalists”. Thus began the personal investments in journalism courses, lectures on communication, statistics classes and many other disciplines (often) opposed to basic training in design.

This professional upgrade finally put face to face the traditional journalist and the visual journalist, with many different opinions separating them. These differences originated discussions and they gained more and more volume and importance. The newsrooms would never be same.

Old concepts and personal views began to be demolished one by one. I personally believe (maybe being a bit Utopian) that the ideal world would be one in which the journalist could also go through a professional “upgrade” and deepen their knowledge in information design.

Yet, there’s still an historic barrier to make things evolve even more: the political weight of the journalist. The ultimate decision is still from the “man of words”. And what does it generate? Invariably, the feeling that the information designer is a ‘second class journalist.’

In many cases this is actually true and it’s our fault.The omission of infographic designers who don’t exercise what’s expected of them, behaving themselves just like designers and not as visual journalists. In a simple conversation, a reporter or editor can distinguish them apart. A simple conversation, that’s all it takes.

I come from a generation happy in producing ‘cool graphics’ and that was always the main reason for my nonconformity. I was always proposing and receiving answers like:

This last sentence is still one of the top excuses. A holdover from the times of total domination of the journalist, with his sources stored under lock and key. The journalist was the absolute master of information. No infographic designer had sources, and this was what drove me to start creating my private list of sources, some years ago.

Today it’s easy to create a list of good sources, finding the right people, companies and professionals in any industry can be found quickly and, best of all, they are willing to collaborate. I have sources including engineers, doctors, market analysts, technologists, theoretical physicists and so on. In short, to assemble a list of trusted sources, you only need to prospect.

The relationship between infographic designers and journalists

Works produced inside a team-balanced equal decision making culture never disappoint. It’s undisputed the amount of good infographics resulting of such synergy, and the ultimate consequence is a happy reader. So, what’s keeping this model from entering most of the newsrooms? Attachment to old habits.

Even in places where that relationship is somehow established, the confrontation happens all the time – “The reader doesn’t care for that’, a common saying to which I usually answer “Oh, could you send me the study that says that? I must have missed it.”.

Other times, an infographic production gets compromised, just because the reporter is looking out for five or six different articles at the same time. The negative impact, when it comes to the quality of the information, is usually significant. A poor piece of text does its work simply by filling space, and that’s something that is getting passed on to infographics, unfortunately.

A good infographic (as a good news article) requires quality content. One of the visible consequences of not doing so is the oversize infographic, occupying two pages of a magazine or newspaper with information that would, honestly, fit in a single column. An empty infographic is perceivable even by those who don’t understand information design.

It’s in those moments that the infographic designer must make a difference, even if the reporter or editor tell you that that’s all the information they were able to collect. I’ve done that a lot, going after the data, and I’m still doing it all the time. But it as a price, generates arguments and increases the stress levels a lot. Every time you get the support from someone above the reporter or the editor it creates problems, even if your data is far superior.

Infographic entrepreneurship is generally not welcomed by journalists when

And it’s welcomed, when the journalist: 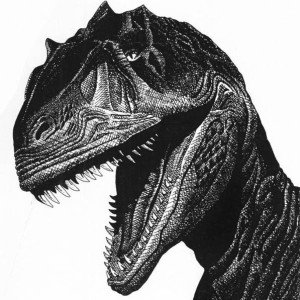