Time for the 'exact subjectivity'

It was with a mixture of honor and concern I received the call from Tiago Veloso, whom I met in the digital environment, notably on Twitter, with the invitation to contribute regularly with his new project as a columnist.

To write about journalism, infographics and data visualization through a universe increasingly visual and supported on statistics – the Data Culture -, seeking to contextualize its growth in Brazil, in relation to what’s already being done in other countries it’s quite a challenge. This topic has been turned into a book, newspapers like in The Guardian are offering courses with tips on how to become a data journalist, and, like any challenge, this opportunity opens up endless possibilities.

There are two issues to consider: the access to statistical data that allows (or do not) to generate news and stories – in the form of text or not. The other issue is the increasing use of tools to tell the story using more visually appealing resources having the data itself as a primary source – and then come timelines, percentages of use in a comparative systems, and so on.

I hope to share here how scholars, students and professionals – both from newsrooms and from the field of corporate communication – are assimilating the ‘Data Culture’ in this new way of deciding, producing and receiving information. This is something that’s already upon us and it will certainly require, from conventional journalists, a certain knowledge of mathematics, use of spreadsheets for number crunching and even programming techniques to which he is not used to, and probably never felt they’d be useful or necessary.

But that’s enough for this introduction. For now, I leave you with this infographic from freelance designer Lulu Pinney. It illustrates the workflow of journalists who write using raw data as sources, some of the topics covered in the Data Journalism Handbook. And let’s share opinions, and bring more people to this exciting world of discussion and opportunities. 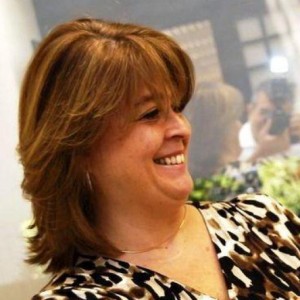