A new cartography emerging to replace the false objectivity of the official maps.

Streets, squares and avenues made ​​of letters. This simple (and brilliant)idea is a brainchild of Ben Brommell, a film student from the city of Toronto (Canada).Ben dedicated one hundred hours to this project, made ​​with Adobe Illustrator and Google Maps, based on compute screen captures. He also developed a typographic map only with streets. This typographic map of Toronto follows the path opened by the American studio Axil Maps (they made typographic maps of cities like New York, Boston, Chicago and San Francisco), Paula Scher (who published a book with innacurate maps made with typography) or the Spanish studio Que maten al diseñador (typographic map of Valencia).

Paula Scher says “words have meaning and typography has spirit”. She also states that “books are buildings made with colorful tiles”. But what role can Paula’s subjective maps, alongside Christian Nold’s emotional cartography, have in the Digital Age? In these times of GPS, social media and real-time data visualization, typographic maps can be even more relevant and amazing. The cartographic work developed by Luke Dubais shows how data from social networks profiles create a new layer in the cities and the countries: a new cartography. In his project A more Perfect Union, Luke built a map with the most spoken words in some cities. New York, for example, appears in the map under the word ‘now‘. New Orleans is ‘flood’. Luke made ​​several maps of cities, where every neighborhood is replaced by a word.

Within few years, as geolocation technology continues to grow, we’ll see emerging typographic maps of streets, even buildings, in real time. The subjectivity of social networks profiles, and the stream content coming from them, may arrive to replace the false objectivity of the official maps. 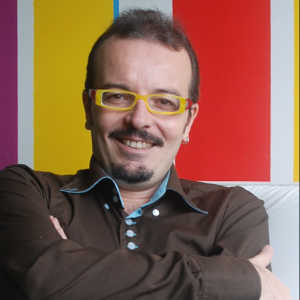