Insightful, funny or just surprised: check out some of the reactions on Twitter

Well, no question the newspaper landscape is changing, After the Boston Globe’s deal last week, the news that Amazon’s founder and CEO Jeff Bezos bought the Washington Post for US$250 millions stunned pretty much everyone. Many of those reactions will soon become full-scale analysis, trying to figure out what was Bezos thinking when he close the deal with the Graham family, what does this means to the industry, and so on – here’s one of the firsts, by Quartz.

(Word cloud of the announcement on the Washington Post’s website)

However, the first reactions to such a news are usually equally interesting, insightful and even humorous – and that’s Twitter’s domain, the real-time web (I’ve just noted the Huffington Post also has a similar selection)

I picked over a few of those reactions because I do believe that this is a very significant move, the first time a newspaper becomes a sort of ‘commodity’ of the Internet billionaires. Is it good? Not necessarily, but if Bezos, who has had a longtime friendship with the Graham family and is arguably one of the best CEOs in the world, keeps the focus on what he does best and stays out of editorial issues, then perhaps this is the first step of a new trend. One that could actually cut some slack to a dying industry which has been a slave to the advertising industry for decades.

Anyway, like I said, this is something a lot of folks will be writing about in the near future, so without further ado, I leave you with some of my favorite Twitter reactions to the deal.

Well, GoogleZon didn't happen, but the Bezos Post did. Haven't been this surprised since AOL bought Time-Warner.

Ok, so the Post has already taken the Globe's five minutes of fame too

Y'all wanna get together and buy a newspaper?

WaPo sold for 0.25 Instagrams. And 250 million scratch-offs. And about 3.1 million nights at a Ramada. All equally valid comparisons.

This cements Don Graham's place as probably the worst steward of journalism in modern history.

The Globe staff learns about @WashingtonPost's new owner during a newsroom-wide meeting about our new owner. Weird.

Probably safe assumption Bezos will push Post heavily on digital side. He's a serious expert – tho not even Amazon turns a profit.

Chris Hughes has invested heavily at the New Republic, likely Bezos will do the same at the Post.

"Based on your previous purchases, Jeff Bezos, you might also like: The Los Angeles Times, The Orlando Sentinel, Newsweek" – @jakeshapiro

Newspapers are the new Fabergé egg

Based on your previous purchases, Jeff Bezos, you might also like: — The Los Angeles Times — The Orlando Sentinel — Newsweek

what does it mean? that those outside the the newspaper industry have been much more successful in making digital revenues than those inside

Amazon is a software system that works well. Newspapers, across the board, are not.

One buys a newspaper (a declining, dificult business) for what reason? Political influence? Civic duty? Someone who knows Bezos explain?

And what was your reaction? 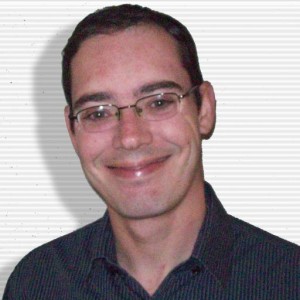